The Arduino Nano I/O  Sensor Shield acts as an expansion board for the Arduino Nano and DFRduino Nano microcontrollers. There are several different options for power input.

This unit comes fully assembled. The board also has a space specifically for the DFRobot bluetooth module and ACP220. Several I2C pins are also expanded.

The Arduino nano shield has independent power supply to provide extra power for servo and other sensors. 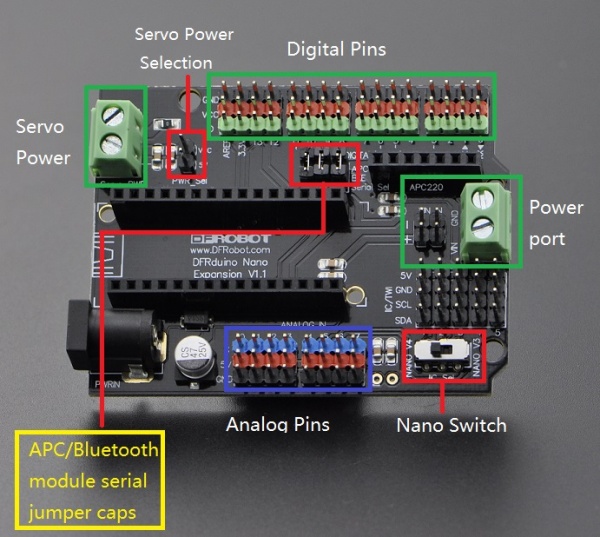